Sree Thakur Satyananda was born in Kolkata in the year 1902. He was initiated by Swami Abhedananda, the great preacher of Vedanta in the West and one of the favorite disciples of Sree Ramakrishna Dev. 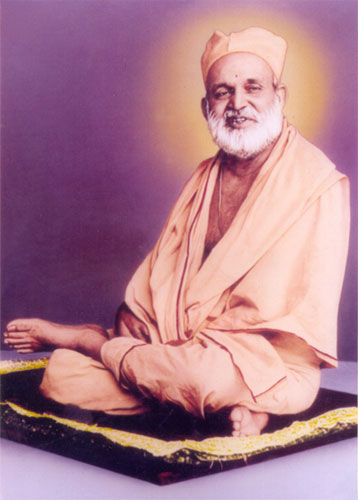 After obtaining His Master’s degree in Commerce, Sree Thakur immersed himself in deep meditation for almost 13 years. He emerged out of it as a perfect Yogi in 1939 and converted his own house into Sree Ramakrishna Ashram. Within a year, many devotees took shelter under his feet. Many of them renounced worldly life and a Sangha emerged in the stream of Ramakrishna Cult with about hundred Sannyasis and Sannyasinis. Various religious, educational, cultural and charitable activities were started.

In due course, Sree Ramakrishna Ashram was registered in the year 1945 under the Society’s Regn. Act of 1860, the Regn.No. being 12515/293 of 1945-46. Since 1945, Sree Ramakrishna Ashram started educational activity through man-making institutions like Sree Ramakrishna Vidyapeeth, Sree Sarada Shishu Vidyapeeth and various Student Hostels. In no time several branches were opened in various places like Dubarajpur, Batikar, Nrisinghapur, Kandi, Dumka, Rampurhat, Kolkata, and many other places.

In every branch Schools, Hostels, Cultural Academies and Hospitals were opened. Various charitable services like distribution of food, clothing and medical aid to the poor people were also undertaken. In each of the Satyananda Ashrams, the main thrust was on giving free education, food and medicine. Spreading spirituality through education topped the agenda. Fine Arts along with all performing Arts with rich aesthetics were interwoven in his education plans. Having deep faith in Ayurveda and Yoga, he took keen interest in reviving Yoga and Ayurveda in practical life.

All through his life Sree Thakur devoted himself for the moral, intellectual and spiritual upliftment of people. Sree Thakur felt that an united integrated India could be possible only on the well-built inner foundation of ceaseless flow of spiritual sadhana. He wanted to establish institutions for man making and character building on the foundation of Dharma as revealed by Rishi Prajna. He wanted to bridge the ancient with the modern.

Sree Thakur Satyananda had deep sympathy towards the downtrodden people in the society, especially in villages. He gave them spiritual initiation, allowed them to enter into the temples and offer worship, also initiated the deserving one to Brahmacharya and Sannyas who become ashramites with equal status. 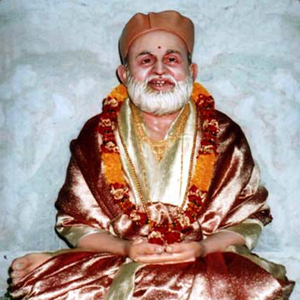 A sensitive poet and philosopher, Sree Satyananda was also sincerely responsive towards the facts raised by modern sciences. His collected works in English and Bengali are available in 8 volumes which include World Philosophy, World Psychology, and World Ethics. A writer – lyricist par excellence he penned more than 7000 songs along with hundreds of poems and essays.

Sree Thakur Satyananda composed seven thousand songs and wrote many intellectual articles and books, which are published in 8 volumes so far. Out of these, special mention may be made of World Philosophy, World Ethics, World Psychology and Messiah of Vedanta etc.

Sree Thakur laid stress on learning the Sanskrit language and scriptures which are the storehouse of India’s Wisdom and Civilization. He invited poets, writers and elites of the society for lectures and seminars. He also assembled monks of different sects for exchange of views, better understanding and emotional unity.