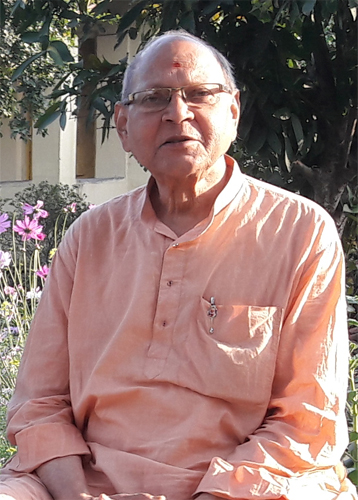 The history of Sree Satyananda Mahapeeth dates back to the year of 1985 when the seedling of this massive project was sown in the mind of Swami Mrigananda. Dream came true and beginning was made in 1992, through its founding by the divine hands of Archana Maa. To give a concrete shape to the institution of Sree Satyananda Mahapeeth and in all activities of Sree Archana Maa, Swami Mrigananda has been single-minded in devotion and relentless service.

While Sree Archana Maa provided the broad outlines of the project with her comprehensive vision of an institution for regeneration of values flowing from Dharma in the form of an educational township, it has been the singular endeavor of Swami Mrigananda to spell out the details and finer aspects of the dream. It is he who developed the concept almost brick by brick and trying to give it a unique shape.

Revered Swami Mrigananda considers himself as the most humble servant who is dedicated at the lotus feet of Holy Mother Sree Archana Maa. The breadth of depth of knowledge of Swamiji is truly outstanding. He is a writer par excellence. He has composed a number of essays, quite a few songs and written quite a few books in various topics.

He had his inspiration from the Mother to publish a series of books and pamphlets to expound the true definition of Hindu Dharma. These books go a long way in spreading the message of spirituality, ideals of Thakur and Maa among the devotees. 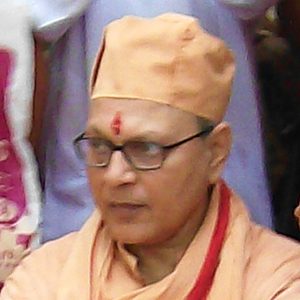 Swamiji has a great amount of concern for humanitarian causes and he does his utmost to alleviate poverty and misery of the downtrodden people. Sree Satyananda Mahapeeth is a standing testimony of this concern. Such an institution is the urgent need of the hour for the re-emergence of India as the spiritual leader of the World for building a new civilization based on the scientific thoughts and wisdom of Rishis.

The outstanding quality of Swami Mrigananda is his leadership ability. He also has the remarkable ability to pull people around him who gladly carry out his wishes with love and respect. He is loved by all for his care and affection.